Decision-support architecture. This case study describes development of a decision support system (DSS) that recommends DAC and TFM decisions in the presence of uncertain weather and demand patterns.  The DSS’ architecture differs from other DAC models by acknowledging that decision makers (such as air traffic controllers) have a limited ability to evaluate alternatives in real time.  The DSS therefore pre-computes a relatively small set of DAC decision templates.  During ATM operations the decisions makers choose the template that best matches weather and demand forecasts.  As time progresses the decision makers can make modest, incremental changes to a template, in response to actual weather and demand conditions.  The DSS thus incorporates a three-step decision process:

The preparation model. The DSS incorporates several subsystems, each requiring its own data-science tools and techniques.  For brevity we focus on the development of the subsystem that defines optimal airspace-configuration templates.  This <b>sectorization</b> subsystem partitions weather and demand forecasts into equivalence classes.  Each equivalence class has its own airspace configuration (routing and re-routing) template.

The project team employed several interesting data-science concepts and methods to cluster historical weather and demand scenarios.  These included ensembles, sampling, stochastic optimization, and k-medoids clustering using the earth-mover distance (EMD) metric.  The EMD metric defines a distance between two discrete probability distributions in terms of the amount of mass that must be shifted to transform one distribution into the other.  Computing the metric requires solving a linear-programming problem, but the metric’s technical advantages make this worthwhile.  Figure 1 illustrates the clustering process for EMD-based clustering of traffic patterns. 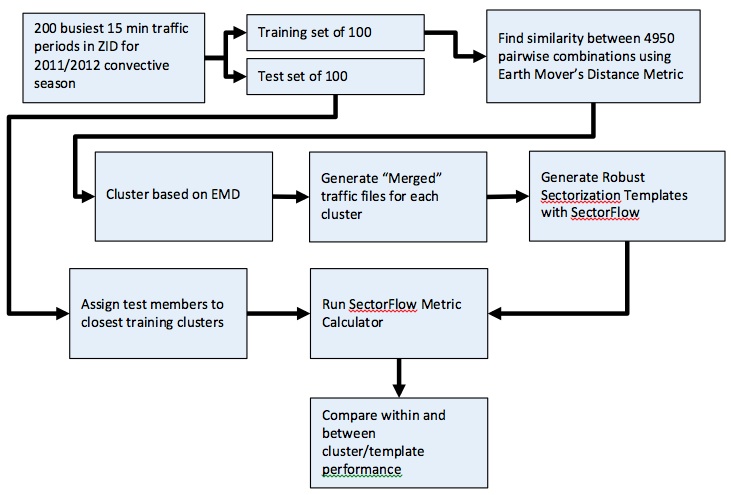 The amount of EMD computation for 4,950 scenario comparisons would take 10 days of execution time on available hardware.  The team used a much simpler center-of-mass comparison to avoid computing the EMD distance between obviously dissimilar traffic patterns.

The clustering analysis led to selecting 10 clusters.  Figure 2 presents two of the clusters’ mediods (central exemplars), by way of example:

Next, the team used a variant of the SectorFlow algorithm to optimize each traffic cluster’s sectorization.  SectorFlow was developed under NASA contract from 2006 to 2010.  Its objective function aggregates dynamic density and penalizes over-capacity conditions; see Figure 3: 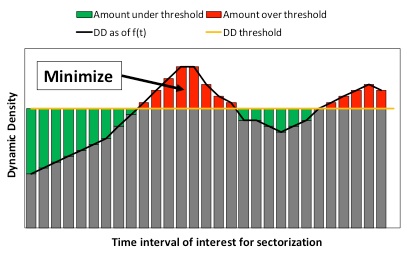 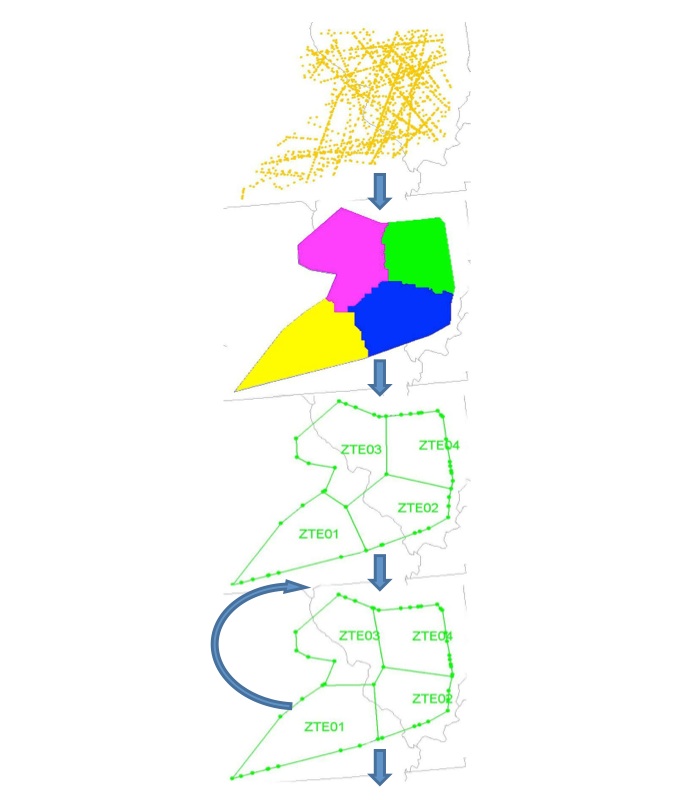 One interesting challenge the team faced in implementing this workflow was standardizing convective weather forecast data from different kinds of forecasting products, including

The DSS converts all of these into a quasi-NCWD representation that accounts for spatial and temporal variability, and that scales convective forecasts into maximum possible hourly NCWD scores for hexagonal cells.  Figure 6 illustrates the result. 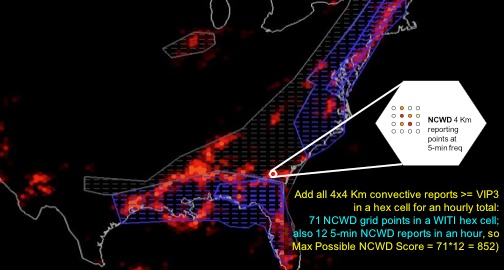 The tactical model.  The DSS limits tactical airspace-configuration adjustments to modest boundary changes made in pre-defined increments called dynamic-airspace unit (DAU) slices.  The hypothesis was that operational decision makers can manage DUA adjustments well, while they might struggle to respond correctly to dramatic operational changes to airspace configuration.  We omit further details.

To test the DSS, the project team relied on the superfast-time DART traffic and weather simulation model developed for NASA and the FAA by Air Traffic Analysis Inc. in 2010.  DART is remarkably efficient; it can run a highly realistic simulation of a full day of U.S. air traffic and weather on a desktop computer in two minutes.  Figure 7 is a sample DART display.  (Yellow flights are on normal routes; blue flights have been re-routed; adverse weather cells are red.) 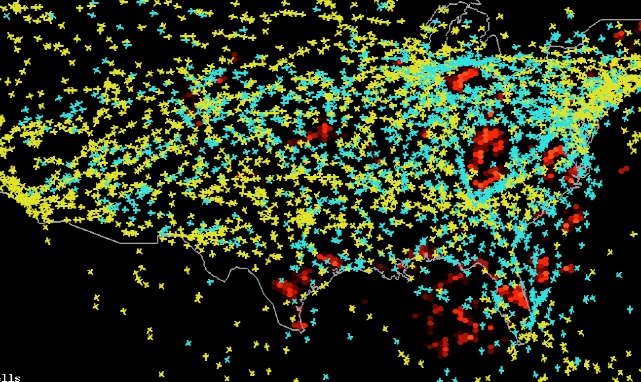 The project produced many simulation results; here are some highlights.  First, the decision templates reduced delay compared to baseline by an average of 58%, and by as much as 78%.  See Figure 8. 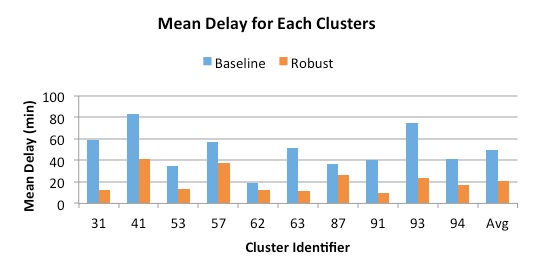 Depending on the computational technique used for a certain step in the sectorization process, traffic performance improved as often as 86% of the traffic days studied.  See Figure 9. 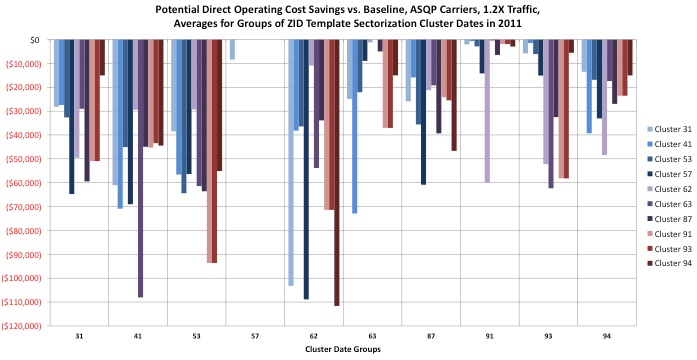 This analysis estimated annual nationwide benefits ranging between 51 and 268 million dollars, depending on certain assumptions.  These savings will increase if the analysis accounts for all national-airspace traffic, not just ASQP carriers.

The foregoing glosses numerous technical details.  If you’d like to learn more about this case, pleasecontact Mosaic and request the following document: