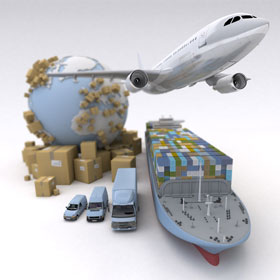 The customer operates about 100 large jet aircraft. These aircraft do the same thing every night:

Cycle times are critical. Compressing the time between an aircraft’s arrival and departure would let the company offer better service and capture more revenue. Avoiding mistakes that cause delays is extremely valuable, as a late aircraft can result in tens or hundreds of thousands of dollars in late-delivery fees. Common mistakes causing delays included

The customer had three goals:

The customer retained Mosaic to design and implement a decision support system (DSS) to help the customer achieve these goals.

Mosaic implemented a DSS at the customer’s hub. The DSS helped the customer in four ways: